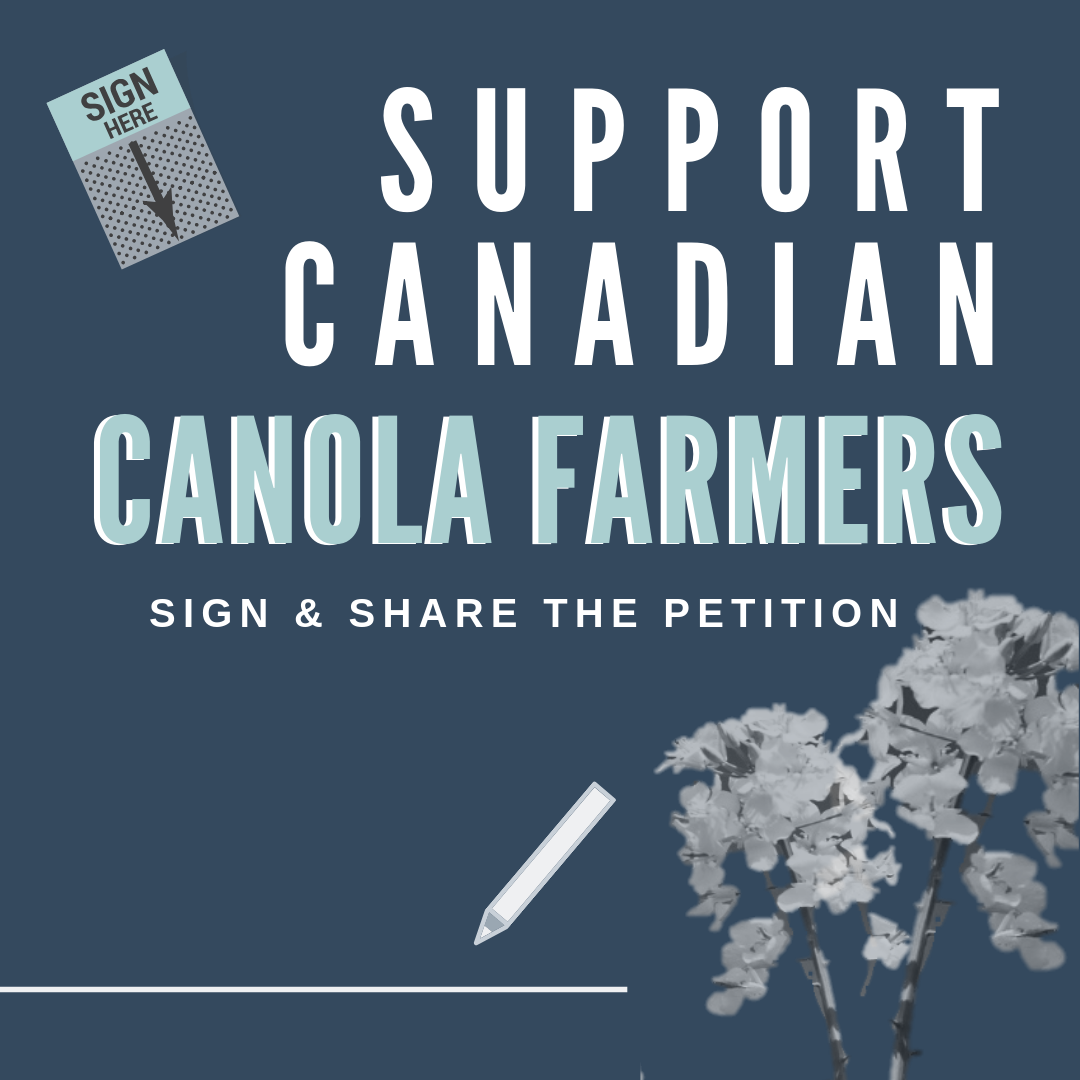 It has been four months since China announced a ban on Canadian imports of canola. The crisis has expanded as China has also suspended the export permits of two Canadian pork exporters.
The Minister of Agriculture has decided it is not the right time take the matter to World Trade Organization, meanwhile Canadian farmers are the ones paying the price for government inaction. The value of canola in the bins has already dropped by almost $1 billion because of this on-going dispute with China.
It is evident China’s actions to punish Canadian farmers are completely unfounded and have nothing to do with science. Furthermore, China has indicated they are unwilling to receive a delegation of scientists and agricultural experts from Canada demonstrating their refusal to work cordially towards any resolution.
Canadian farmers produce world class products. Canola is a $27 billion industry in Canada impacting 45,000 producers and 250,000 jobs across the country. This is a national economic crisis.
The issue at hand is not the quality of Canadian products and, as such, Canada is well within its rights to launch a complaint to the World Trade Organization (WTO).
A WTO complaint against China is one of the few mechanisms available to Canada and should be launched immediately. The longer that definitive action is delayed by the Prime Minister against China’s baseless attacks on Canadian farmers, the greater the impact this dispute will have on rural communities, the Canadian economy and jobs.
A petition has been launched calling on the Prime Minister to take immediate action on behalf of Canadian farmers by issuing a complaint to the World Trade Organization against China’s unilateral actions towards Canadian canola producers.
We stand united with our farmers against these arbitrary and unfounded attacks on our agriculture sector by China, and advocate for the Prime Minister to defend Canadian farmers through the initiation of a WTO complaint.